Add to your calendar

Are you interested to find out more about Scotland’s exciting first hydrogen train project and the opportunities it will present? If you’d like to hear about the wider application of hydrogen across Scotland through the work of the Hydrogen Accelerator at the University of St Andrews, then join us on Wednesday 28th April 2021 10am-12pm at our Rail Opportunities in Scotland’s Zero-Emission Ecosystem event.

In session 1, we are delighted to welcome Bill Reeve, Rail Director, Transport Scotland who will give some background to the hydrogen train project in the context of the Rail Decarbonisation Action Plan. Scotland has adopted a strong stance against climate change and is working toward decarbonising all of the country’s passenger rail services by 2035, five years ahead of the wider United Kingdom’s target date of 2040.

Richard Kemp-Harper, Strategy Director, Arcola Energy will share details of the role of hydrogen in the rail sector and give an update on the progress of the hydrogen train project which as a target of showcasing the train to a global audience attending the COP26 conference in Glasgow in November 2021.

Jim Irvine, Head of Operations and Supply Chain, Arcola Energy will start off session 2 in which you will hear a bit more detail about the technical aspects of the hydrogen train project and supply chain opportunities for Scottish businesses.

Following on from Jim, Colin McIlraith, Chief Operations Officer, Michelin Scotland Innovation Parc (MSIP) – as a partner in LOCATE, MSIP will give an overview on how this initiative will deliver a new drivetrain test facility for zero emission heavy duty and niche vehicles in Scotland.

There will be presentations and panel discussions as well as an opportunity to ask questions, so if you haven’t already, register now for what is going to be a very informative and exciting event. 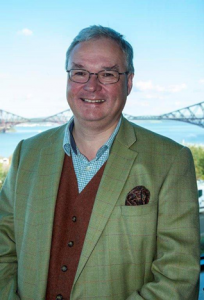 Bill Reeve, Director of Rail, Transport Scotland. Bill Reeve joined Transport Scotland to establish its new rail team, following the devolution of rail powers to the Scottish Parliament in 2005. Bill has worked in a number of roles in Transport Scotland and is now Director of Rail. Bill also leads their work introducing integrated smart ticketing across all public transport modes in Scotland. Bill has more than thirty years of experience of the passenger and freight transport industry, working in British Rail, the privatised rail industry, and as Director of Project Sponsorship at the Strategic Rail Authority prior to joining Transport Scotland. Bill’s career has included front line production management; rail freight business development; policy and strategy development; management of franchise contracts; and major rail project sponsorship including new railways, rolling stock, and service developments. Bill is a Fellow of the Institution of Mechanical Engineers and recently served as Chairman of its Railway Division. 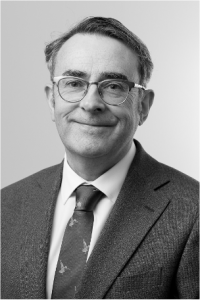 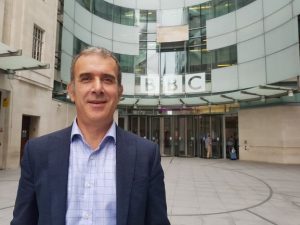 Dr Richard Kemp-Harper, Strategy Director, Arcola Energy. Richard has extensive experience in the development and implementation of innovation strategies at national and sector levels, including leading the UK funding programmes for hydrogen and fuel cells for InnovateUK. He brings knowledge and connections in both transport and energy sectors and leads on business and partnership development across all areas of our work. He has a Chemistry degree and D.Phil from Oxford University in new techniques for medical imaging and is a member of the Royal Society of Chemistry. 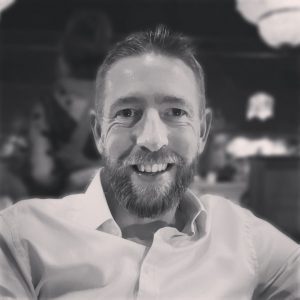 Jim Irvine, Head of Operations and Supply Chain, Arcola Energy. Jim is a chartered mechanical engineer with 20 years of experience in engineering businesses. Jim has worked in Aerospace, Automotive, and Off-highway engineering and manufacturing. For the last 5 years, Jim has worked in Fuel Cell engineering, development, manufacturing, and deployment. Prior to that, Jim worked at Caterpillar for 10 years, and before that BAE SYSTEMS, Ricardo and engineering consultancies supporting the likes of Rolls Royce and Aston Martin. 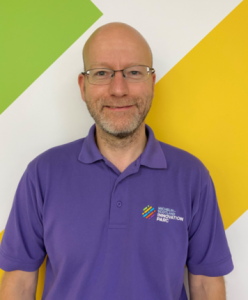 Colin McIlraith, Chief Operations Officer, Michelin Scotland Innovation Parc. As Chief Operating Officer at Michelin Scotland Innovation Parc (MSIP), Colin is in charge of all operational activities, including the development and delivery of the Transformation Plan to evolve the Michelin site into the Innovation Parc. A graduate of Heriot-Watt University, Colin spent 22 years at Michelin before taking up his current position. This included a variety of roles including Business Improvement Consultant, Development Manager, Head of Department, and Project Manager of Michelin Dundee Transformation Project. The final two years of Colin’s time at Michelin was spent as Project Manager for the Factory closure and creation of MSIP, where Colin worked alongside the Factory Manager and Personnel Manager to lead the delivery of the closure project for the Michelin Dundee site, with the successful outplacement of approx. 800 of 850 employees. During this time Colin also lead a small project team to establish MSIP.